Libido or also known as sex drive is the intimate force that leads to a strong desire to engage in sexual activities. There are a lot of factors that affect libido in men. Some of these factors are anxiety, unpleasant sexual relationships, and LowT in men. It should be noted that hormone levels in men are never fixed and sometimes if one is encountering symptoms of low libido, certain medical tests are needed. However, there are multiple ways of dealing with low libido in men such as adopting a healthy lifestyle and the likes. Early intervention is most certainly the best step in dealing with low libido.

buy Pregabalin online eu What is the definition of low libido?

Libido is a Latin word which means “desire”. Libido, or sex drive, is the intimate force which leads to a strong desire to engage in sexual activities.

From a psychological point of view, healthy libido is a balance in a person’s life instincts, which also comprise of other psychic energies. In medical science, libido is solely associated with sexual intimacy in humans, and a healthy libido means a balance in sex-related hormones in the human body.  However, a variety of mental, physical, emotional, motivational, and cognitive factors are important in maintaining a healthy level of libido.

Both men and women experience sexual pleasure, and libido is the main driving force behind their intimacy. Men often engage in sexual activities earlier than women (around 12-15 years in men). On average, the total number of sexual partners is higher among men than women. Different factors such as pregnancy, menstruation, and menopause lead to low libido in females, while males often remain sexually active even in their late 50s. However, studies revealed that the intensity of libido or sexual pleasure on arousal is the same in both men and women.

LowT and the complications that arise are an essential factor in controlling libido in men, and females have a very low amount of male hormones. It is also a reason for low libido in females than males.

Libido drive in men is affected by a variety of physical, emotional, psychological, motivational, and cognitive factors. The top 10 causes of low libido in men are as follows:

The pleasure in sex comes from a relaxed mental state. People with depressive disorders and anxieties often report about having reduced sexual pleasure and intimacy. Anxieties due to life stress or sex-related stigmatization equally affect the libido drive in men. Long and fluctuating duty hours, fatigue, and rigid schedules lead to a severe decline in libido drive both in men and women.

Libido declines rapidly when a person engages in unhealthy or abusive relationships. Long-term sexual relationships with the same person are often subjected to low sexual pleasure because of reduced intimacy towards sexual partners. It is essential to maintain a balance in life, and a strong understanding between partners is essential for a boosted libido.

Low libido drive is directly associated with lowT levels. Normal levels of in the blood are 270-1070 ng/dL. On average, an adult male has 679 ng/dL in blood. The level peaks at the age of 20, and it starts decline as soon as a male touches his early 30s. It continues to decline at a rate of 1% per year between 30-40 years of age, and it reduces considerably between the age of 50-70 years. Hypogonadism is a disease that negatively affects levels in males of younger age as well. Hormone levels are dynamic and subject to change so, any disturbance in the physical, mental, or emotional health of a male can reduce hormone levels considerably.

Nutrition plays a vital role in maintaining hormonal balance in the body. A diet in junk food negatively impacts men, which leads to reduced libido drive and sexual intimacy. Libido is also associated with the overall health of a person. Poor nutrition causes negative impacts on the medical health of a person, which directly reduces the urge to engage in sexual activities (libido). Diet rich in processed sugars and deep-fried items is an enemy of libido in men.

Physical activity, especially the squats and deadlifts are essential in boosting the male hormone. Lack of high-intensity physical activities and adopting a lazy lifestyle negatively affects the libido levels in males. Researchers have found that nearly 90% of inactive men report low libido drive sometimes in their lives.

Much similar to poor diet, obesity is also involved in low libido drive in men. Obesity is defined as having total body fat more than 10% in males and more than 20% in females. Hormone levels in obese men are often disturbed, which is the primary factor behind the reduction of libido drive in males. Obesity also triggers a severe lack of confidence in males, which prevents them from being sexually active in society.

Two common sex-related disorders, erectile dysfunction and premature ejaculation, often affect the male population at least one time during their life. However, if these or other sex-related issues persist for a longer duration, they can severely affect the libido drive in men. These problems cause frustration and lack of excitement in affected males, and they often avoid sexual activities, which are the leading cause of libido drive in these men.

Overuse of alcohol, smoking, or drugs leads to decreased hormone levels in men. Uncontrolled use of these substances triggers multiple disorders in males, which directly or indirectly affect the libido drive in males. There is no need to stop partying, but a healthy balance between all activities is essential for staying sexually active throughout life.

Age is a common enemy of sexuality in both males and females. Age-related decline in libido is less severe in males than in females; however, 4 out of 10 men of 40-50 years of age often report a decline in hormone levels and libido. Males above 50 years of age are often affected by comorbidities such as diabetes, heart pathologies, and sex-related issues, which also affect the average hormone production in older males.

In some males, hormonal production is low even in their young ages because of some congenital abnormalities in hormone regulations. These males often require drug-support to increase their male hormone levels and libido drive. Some medical treatments for congenital disorders also affect the production of hormones in males, and this decline in libido drives in these patients.

When to see your doctor

Libido drive is a dynamic state of the body. The levels of hormones in males are never fixed, and they remain to change in response to different physical, emotional, psychological, motivational, and cognitive stimuli. However, a sudden and prolonged loss of sexual desire or presence of other symptoms, along with sexual inactivity, is required a detailed assessment from a qualified doctor.

Some standard guidelines which require a detailed checkup from a qualified doctor are:

Medical testing of your libido

The medical and psychological history of a patient is essential to find the actual cause of libido levels. The presence of comorbidities, such as cardiac issues, sex-related disorders, or diabetes, can directly affect the production of hormones in these patients. So, the treatment should be targeted towards the exact cause.

LowT level is tshe leading cause of low libido drive in men. The gold standard way to find the exact levels of free hormones in a male is through blood testing. The average blood levels should fall around 679 ng/dL.

A dynamic approach is essential to treat the symptoms of reduced libido drive in men because a variety of different factors can affect the levels of male hormones and libido in these patients. A more holistic approach (mind, body, spirit) provides more benefits than a unidirectional approach alone.

Some common treatments for low libido drive in males are:

A lot of physical activities, especially the high-intensity exercises, play a very beneficial role in boosting the male hormonal levels and, thus, the libido drive in males. Squats and deadlifts are the two most famous exercises which have shown proven benefits in boosting hormonal functions in adult males. An active lifestyle also helps in boosting the energy levels in men, which is essential for a more pleasant, passionate, and long-lasting sexual experience. Over-training can negatively affect the male hormone levels, so a balance is essential.

The frontline defence against LowT levels comes from a healthy and nutrient-rich diet. A high protein, along with plenty of good fats and healthy carbohydrates, helps in boosted production of male hormones in men. Males who are in their late 30s are often advised to eat more egg yolks and olives because of the presence of healthy fats in these foods.

A disoriented and stressed brain negatively affects the production of male hormone and libido in males. A peaceful mind, on the other hand, is essential for the boosted production of libido and testo in men. Mental peace also helps in the prevention of stress and anxieties, which are the leading causes of impotence in men. A balance between inside and outside the bed activities help in achieving a more focused mental state.

Low libido levels are often treated by a multidisciplinary approach of treatments that involve allopathy, psychology and behavioral therapy, and natural remedies. The main focus of this integrated treatment approach is to develop a synergistic positive impact on a person’s physical, mental, and spiritual health, which accumulatively leads towards boosted male hormone and libido production.

In many cases, reduced sexual pleasure is associated with the presence of comorbidities such as cardiac disorders, etc. in these patients, a reduction in the symptoms of primary illnesses helps in boosted production of male hormones and libido.

7. Excitement is the key:

A joyful, adventurous, and thrilling life is essential to keep the excitement beneath the sheets. It is found that the couples having boring and strictly scheduled life always report with decreased sexual pleasure and libido. A more focused outside the bed activities can turn the things inside it, and it is safer to say that excitement is the key to a healthy libido.

The duration and extent of disease can be prevented with early intervention. On examination, a doctor can find single or multiple causes behind a person’s libido drive. The treatment will also be based on the extent, duration, and intensity of the disease, as well as the presence of other comorbid factors such as diabetes, heart pathologies, etc., which can change the types of treatment recommended. A doctor often combines the treatments from a variety of different sources, which involves lifestyle and diet-related changes, medication for LowT. levels, and psychological counselling.

With early intervention, low libido can be improved with lifestyle changes and modern treatments. Low libido is not a lifelong sentence and if you are struggling to find desire, speak to a doctor for a solution.

As mentioned, there are a lot of causes for low libido in men and this is not a lifelong problem. Most of these causes can be treated by changing a thing or two in one’s lifestyle, and treatment. One should always consult with a doctor for a solution if the issue worsens. Early intervention would always be the most effective way in dealing with low libido in men. 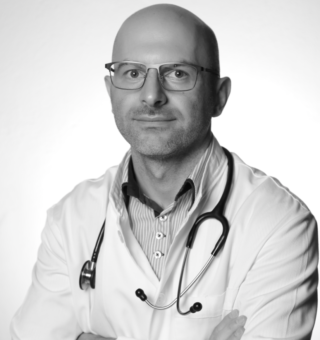