In this article, we shall explore several neurological disorders in which sexual dysfunction in men is prominent, and I will share with you my own experience in attempting to help men with this frustrating problem.

Before addressing sexual dysfunction of a neurological origin it is essential to consider the patient’s attitude towards sex, sexual orientation, and cultural influences. Neurological sexual dysfunction can have a devastating effect on a man’s overall quality of life as well as significant effects on his sexual partner.

In this article, we shall discuss the following primary neurological causes of men’s sexual dysfunction:

Primary neurological sexual dysfunction in men can result from any of the following conditions:

Although more common in women, MS also affects men. As the name suggests, MS is “multiple,” which refers to its propensity to occur at many different locations in the nervous system and at many other times. MS tends to have a “waxing and waning” course with onset of symptoms, leveling off, and then decreasing or disappearing. To be followed at a later time with symptoms related to another location in the nervous system. Sometimes MS is steadily progressive and fatal.

Sexual dysfunction in men with MS also tends to have a variable course. Demyelination or loss of the myelin sheath can occur in any part of the brain, brainstem, or spinal cord with associated SDM along with other neurological symptoms such as visual loss, double vision, paralysis, loss of sensation, or loss of balance. The degree of sexual dysfunction experienced by men with MS can vary significantly from a slight difficulty in achieving or maintaining an erection to complete loss of libido and inability to achieve an erection.

As a neurosurgeon, I did not usually manage MS, a condition traditionally managed by neurologists. On occasion, however, I was involved in the initial evaluation of men with sexual dysfunction and other neurological symptoms of unknown origin that proved eventually to be due to MS. One such case is often on my mind since it represents an error in diagnosis that I did not discover at first.

A 32-year-old man was referred to me because of a loss of vision. His only other symptom was difficulty in obtaining and maintaining an erection of only about six weeks duration. On examination, he had left homonymous hemianopsia or loss of vision in the left half of both visual fields. An MRI scan revealed a slightly enhancing lesion about 3.5 cm in diameter just adjacent to the posterior horn of the right lateral ventricle of his right hemisphere. I carried out a stereotactic biopsy of the lesion that was described by the pathologist in the frozen section to be a low-grade glioma. Since the stereotactic frame was already in place and after discussion with the patient, we decided to proceed immediately to treat the lesion with stereotactic radiosurgery with the Gamma Knife. Forty-eight hours later, the pathologist informed me that the lesion was due to MS and was not a glioma! Had I known that, I would, of course, not treated the patient with radiosurgery. Fortunately, over time the MS lesion resolved, and the patient experienced no complications of the unnecessary treatment. His visual defect was also resolved. During a further follow-up of over ten years, the man experienced no additional episodes of MS.

Oral treatments are the main treatments used to treat male sexual dysfunction related to MS. Three different studies confirmed an excellent response to these treatments, with up to 89% of men achieving a normal erection. On the other hand, one study failed to show improvement when the treatment was compared to a placebo. This could potentially indicate a psychological aspect interfering with normal sexual function or quite a severe erectile dysfunction.

Some fifteen years ago, I was referred a 58-year-old man with slowly progressive Parkinson’s disease of some eight years duration. His primary symptoms were rest tremors in both upper extremities and some rigidity, but his main complaint was ED despite normal sexual urges and a willing partner. We discussed the use of deep brain stimulation (DBS) to treat his tremor and rigidity. I told him that it was unlikely that DBS would help his ED. Subsequently, I place bilateral thalamic DBS leads during staged operations one month apart. He had immediate and nearly complete resolution of his tremor, marked improvement in his rigidity, and to my amazement, his ED disappeared as well. In a follow-up lasting over fifteen years, he showed slow progression but was alive and functional at age 73 when I last saw him.

Neurosurgeons have become increasingly involved in the treatment of epilepsy, particularly temporal lobe epilepsy and other forms of focal as opposed to generalized epilepsy. Surgical studies often lament the fact that many patients with surgically-treatable epilepsy are not referred for surgery even though their seizures have failed to respond to multiple antiepileptic drugs for many years. Improvements in quality of life and cognitive function often occur after surgical resection of focal temporal lobe epilepsy, but effects on sexual dysfunction are usually not evaluated. One study provided evidence that early and effective epilepsy surgery may not only render the patient with intractable partial epilepsy seizure-free but also allows the individual to become a participating and productive member of society.

On the other hand, some studies have specifically addressed the question of sexual function in patients who have undergone surgical treatment of epilepsy. As many as 64% of patients who underwent surgical resection of a temporal lobe epileptic focus reported improvements in their sexual functions. In a study of fifty married men who underwent temporal lobe resection for treatment of epilepsy-related to mesial temporal sclerosis, a majority reported improvement in sexual function. However, the degree of improvement did not bring them to the same level as a group of matched normal control males. Patients who reported a postoperative increase in sexual function had a significantly larger volume of amygdala contralateral to the side of their surgery than patients with a sexual decrease or no change compared to control subjects. As one might expect, patients who are seizure-free after surgery are more likely to report a higher level of life satisfaction and sexuality than the non-seizure free group.

During my tenure as the Chairman of Neurosurgery at the University of California, Irvine, I was referred a 37-year-old married man with a ten-year history of temporal lobe epilepsy related to mesial temporal sclerosis. He was taking three different treatments but with persistent seizures that interfered with his ability to be employed. He also complained of a significant loss of sexual function, primarily ED, but also decreased libido. His wife noted how he almost always avoided any sexual contact. After a suitable workup to identify the location of his epileptogenic focus, I performed an en-bloc resection of his right temporal lobe. He had one abortive seizure three weeks after surgery. Still, in a follow-up that lasted over ten years, he had no further seizures, and he was able to wean off treatment. His sexual function returned to normal, and less than one year post-operatively, his wife bore their first child!

The withdrawal of treatment in my patient is in line with studies that confirm that it is safe to withdraw them after successful surgery and that recurrent seizures are infrequent and easily managed. Since treatments are often the sole or major contributor to sexual dysfunction, the need to withdraw them, if possible, is essential to restoring normal sexual function. However, do not stop any treatment without the assistance of your medical team.

Peripheral neuropathy refers to the conditions and symptoms that result when nerves that carry messages to and from the brain are no longer working correctly due to damage or disease.

Neurosurgeons are not usually involved in the treatment of peripheral neuropathy. Years ago, I saw a 54-year-old man with severe neuropathic pain involving both his feet and lower legs. He had undergone multiple unsuccessful treatments and was currently taking large doses as well as antiepileptic and anti-depressive treatments. He experienced severe erectile dysfunction, and his problem occurred before drugs to treat ED were available. I placed a spinal cord electrical stimulator in the epidural space at the L1-2 spinal level and advanced the paddle-shaped pad up to the T-10 level. The unit was activated by a battery-operated device placed subcutaneously. Activation of the stimulator produced paresthesias bilaterally in his legs and feet with almost complete resolution of his pain. He was eventually tapered off of all treatments with a gradual resumption of regular sexual activity. 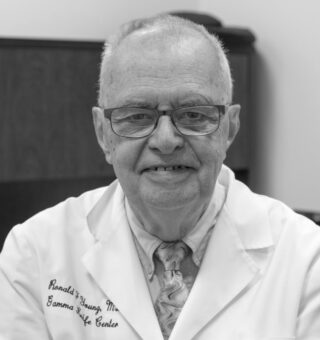