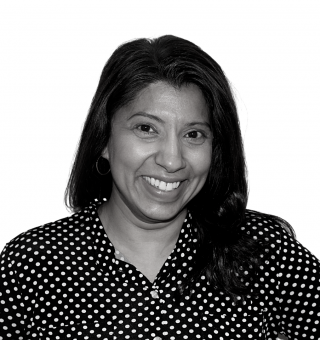 Andrena McDonald, NP, EMR, is a nurse practitioner at the Health Clinic Inc., after receiving her Baccalaureate degree in Nursing.

Andrena McDonald has received a certificate from McMaster University, before receiving the certification from Centennial College in Scarborough, ON, in 1999.

After that, she went on to receive her baccalaureate degree in Nursing in 2002, at Ryerson University in Toronto, ON. This degree has enabled Andrena to start working as a nurse case manager, right after graduating.

Andrena has worked as a nurse case manager for 4 years – from 2002 to 2006 at the Community Care Access Centre. Her job was to authorize services, implement and plan them to offer the best care services for the patients.

Then, in 2006 – Andrena received another certification. This time, it was at York University, in Toronto ON. This certification has enabled her to start working as a nurse practitioner in Women’s Hands Community Health Centre in 2006.

During her time in the Women’s Hands Community Health Centre CHC, Andrena would assist immigrant, refugee women, and children with access workshops. She held prenatal workshops, provided care to clients with FGM, and taught NP students.

Andrena was the patient advocate for newcomers and families, provided a point of care HIV anonymous testing, and even spoke at the Guelph Sexuality Conference. She has worked there until December of 2013.

In 2009, Andrena took another job in the Scarborough Centre for Healthy Communities, at the Pediatric clinic – and worked there until 2010.

Andrena has started working as a Medcan Executive Health Care – NP, in August 2012. This job was in the Urgent Care Clinic, within the NP scope of practice. Her job description required providing preventive health care to patients and assisting in the dermatology clinic.

In 2014, Andrena took on another job – as a Nurse Practitioner at the Toronto Clinic, where she has worked for two years until 2016. There, she worked with the Athletes Care team, developed health promotion programs based on the patients’ needs, performed physical wellness and health promotion exams.

At the Toronto clinic, Andrena has developed the Geriatric Outreach program, and provided mentorship to PAs and NPs. During that time, she took on a second job as a Nurse Practitioner at the Passport Health Global Travel Clinic.

Andrena has over 15 years of experience as a nurse practitioner. In the past, she helped develop outreach programs, educated and cared for women in need, and received multiple certificates.